This weeks prompt at Sepia Saturday reminded me of a Photo Album I have so it was time to pull it out. It is the most expensive Photo Album I have purchased, found it in Ventura, Ca. It is also in the best condition of any album I do have. I have not really narrowed down who this album once belonged too, there are some photos with names on them, but no related names so far, and there is a variety of different types of photos. Family photos, and what looks like various performer photos, then some pages of tin types.

For this weeks theme Im featuring Musicians and What looks to be Performers. I will add another blog soon with more details from this album and other information. For those who are knowledgeable on instruments or any details surrounding any photos feel free to chime in, any helpful information is appreciated! 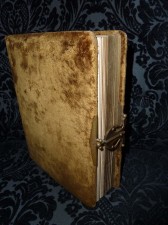 Cabinet Card Photo has the name “Frank Simmons” written on the back in pencil. There is no other info nor a photography studio. Photo is faded looking and you can see its poorly centered with the backdrop they used.

This one is a CDV of a man holding a Trombone? Says “Albee Bros.,Machias, ME” 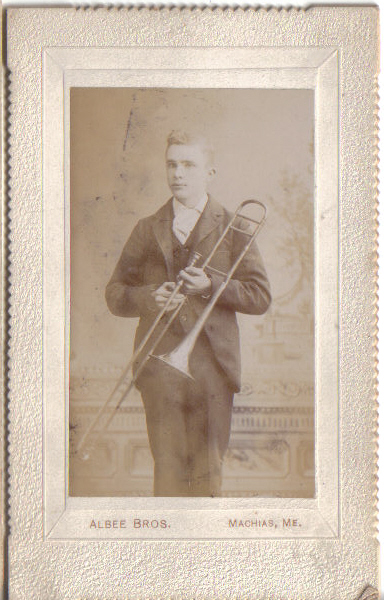 Arent these 2 kids gorgeous? Written on the back in ink is, “Benny and I at the Operetta”, Photographer – A.D. Burk, Cleveland, Ohio. When looking up Operetta I found this on Wikipedia-

The operetta is a precursor of the modern musical theatre or “musical”. In the early decades of the 20th century, the operetta continued to exist alongside the newer musical, with each influencing the other.

The main difference between the two genres is that most operettas can be described as light operas with acting, whereas most musicals are plays with singing.

At first I thought this may have been some type of military uniform but my mother looked it over and said it looks more like a costume rather then an actual military uniform. 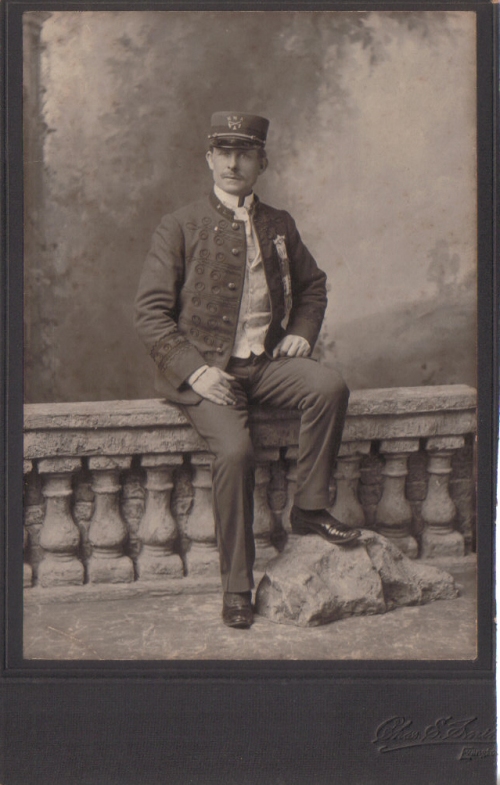 This last photo is my favorite in the entire album! Photographer is “James” Iowa City, Iowa”. What do you suppose he is? Makes me think of a Circus Master, or some Snake Oil Salesman pitching his goodies to a crowd. Everything down to his beard and mustache, his top hat, His Polka Dot Bowtie, is fabulous! I really wish this one had some writing on it, I wonder who he was. Some fun creative writing prompts could come from these. 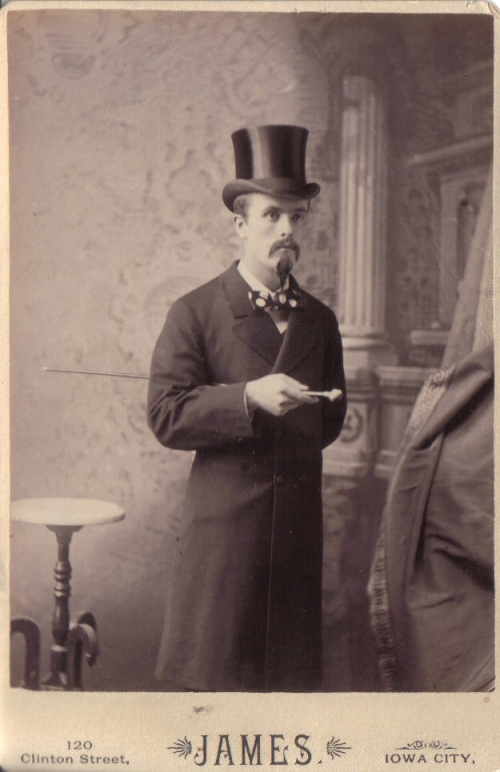 Other photos in the album with information on them include….